My name is Helena and I write over at Helena’s Blog which is a lifestyle blog featuring babies, baking, books and beauty. I live in Aberdeen with my husband and our 17 month old son and I’m currently pregnant with our second baby. I’ve recently given up my job as an engineer and am enjoying life as a stay at home mum. You can find me on Instagram @helenasblog or on Twitter @helenasblog_

Dylan was born 6 weeks early. I’ve always wanted to breastfeed and during my pregnancy read numerous books and browsed countless websites looking for breastfeeding advice. I was always expecting the first few weeks to be difficult – all the books tell you that it will be – but nothing prepared me for how hard it would be to breastfeed a baby born as early as Dylan was.

I’d always imagined that as soon as my baby was born, he would be placed on my chest for skin to skin and would start breastfeeding within a few hours of birth. That’s the way all of the books tell you it should happen. The reality was different and I think I will always be sad that I missed out on that special time, just the three of us, Dylan, Mik and me. Dylan was rushed to the neonatal unit as soon as he arrived and I ended up in theatre – not the serene first few hours I’d been picturing.

Babies born before around 36 weeks generally haven’t developed the ability to suck, swallow and breathe at the same time so breastfeeding is almost impossible at the start. As I came round from the general anaesthetic, I was asked if I was planning to breastfeed. When I told the midwife yes, she arranged for Dylan to be given donor breast milk through a feeding tube and made sure he wasn’t given a bottle. She also showed me how to express colostrum for him to be given through his tube.

I didn’t realise before Dylan arrived that he wouldn’t be able to feed. Even as I was taken to surgery, I just assumed that when I came round and Dylan had been checked over, I would have him on my chest and he would start looking to feed – just like the books say but a few hours later than planned.

Instead I was introduced to hand expressing and breastpumps before I was even able to hold my baby. In the hours before I was deemed well enough to visit Dylan in the neonatal unit, I managed to express a few drops of colostrum to give him. When I finally got to hold Dylan later that day, we got the skin on skin time but he was too weak to attempt a breastfeed. Instead I started using the breast pump to encourage my milk to come in. It felt so weird to have to use a machine for that rather than my baby but if I hadn’t have pumped then my milk would have dried up in a couple of days. I pumped every three hours religiously for days and tried to get as much skin on skin with Dylan as possible using kangaroo care which was tricky as he was in an incubator for the first few days. My milk started coming in by around day 4 but I was only getting tiny amounts.

Everything I expressed was given to Dylan through his tube but I felt so bad that we had to rely on donor milk to keep his weight from dropping too far. I wanted to be able to feed my baby myself and felt guilty that I’d given birth before Dylan was ready. In the end, it took weeks for my milk to come in properly. It wasn’t just the fact that Dylan was premature so not feeding as well as a full term baby would. I lost 1.5 litres of blood during delivery and had been on labetalol for high blood pressure during the last few weeks of my pregnancy – both of these things can affect milk supply. Being away from Dylan overnight didn’t help and I was naturally pretty stressed those first few weeks in hospital which also reduces milk production. I nearly gave up a few times but Mik always managed to make me feel better about things, reminding me how much I’d wanted to breastfeed and that even just a little bit of my milk was so beneficial for Dylan.

Around day 5, we started attempting breastfeeds while continuing to pump as there was no way Dylan would have been able to take enough milk to keep my supply going. Dylan was able to latch on but it was obvious that he was struggling to suck and swallow. It was suggested that I try a nipple shield and this made such a big difference. The nipple shield works by stimulating the suck reflex so Dylan was able to keep going and get more milk.

Over the next three weeks in hospital, we kept increasing the amount of time he spent breastfeeding and reducing the amount of milk he had through his feeding tube. We also tried feeding without the nipple shield, just to remind Dylan how to latch on without one and hopefully make weaning off it easier.

The first two weeks in the neonatal unit, we had to leave Dylan in the hospital overnight which was heartbreaking. He was being fed every three hours so we were in the hospital in time for his 8am feed through to his 11pm feed. After every breastfeed I had to pump because Dylan couldn’t feed for long enough to empty a breast. Pumping also provided some of his tube top ups and helped increase my supply. I then pumped every three hours overnight and brought the milk in for him first thing in the morning – it was pretty tiring but the thought of getting Dylan home kept me going.

For Dylan’s third week in hospital, we were given a Parent Craft room, thanks to the breastfeeding counsellor who was amazing, so all three of us were able to stay together day and night. I kept pumping but Dylan was getting better at feeding and we were able to remove the feeding tube 4 days before we went home. Dylan wasn’t discharged until he’d put on weight three days running on just breastfeeding.

When we finally got home from hospital, Dylan was putting on weight for a few days on just breastfeeds but unfortunately he then started losing weight. So we had to start topping him up again, this time with a bottle. I was devastated as I’d tried so hard to get my milk supply established using the pump. Dylan just wasn’t strong enough to take the amount of milk he needed to maintain and increase his weight. I was nervous that he would have nipple confusion and not want to breastfeed any more but the doctors told me that premature babies very rarely get nipple confusion and luckily Dylan still breastfeeds well.

The idea of the top ups is that because it’s much easier for baby to drink from a bottle than a breast they use less energy and therefore put on more weight. I tried pumping in between breastfeeds to get enough milk for his top ups but I wasn’t even getting half of the amount he needed. In the end we had to start supplementing my milk with formula.

Seven weeks after Dylan was born I stopped pumping after every feed as it was just too exhausting and not worth it for the small amounts of milk I was getting. Dylan is better at emptying my breasts now so the main reason for pumping was to use the milk for top ups. I was getting so stressed out seeing how little milk I pumped and I tried everything to increase it from using warm pads on my breasts, massage and even baking lactation cookies. Nothing made a difference and quite often I could feel milk in my breasts but the pump just wouldn’t get it out. I think I am just one if those people whose milk won’t flow for a machine. I pump occasionally now, if I feel like Dylan hasn’t emptied my breast very well but I’ve got over my fear of formula so am ok to use that for his top ups.

Where We Are Now

Dylan gradually put on weight on after we introduced the top ups and we tried slowly reducing the amount he was getting in the bottle. Unfortunately every time we tried that his weight plateaued as I just wasn’t making enough milk. In the end, he was having top ups until he’d been on solids for about 6 weeks, at which point he was taking enough food that he didn’t need so much milk.

Dylan is now 17 months old and still feeds first thing in the morning, although it’s just for comfort now. I’m now 17 weeks pregnant so there is barely any milk for him and he’s definitely showing signs of starting to wean himself. I’m going to be so sad when he has his last feed but I am glad I stuck with the breastfeeding as I have absolutely loved feeding him and the time we get to spend together, even at 2 o clock in the morning. It’s been worth all of the tiredness and tears!

We decided to see a lactation consultant early in this pregnancy as there is a high risk that I’ll have another premature baby and we wanted to be more prepared this time. I’m currently being investigated for IGT (insufficient glandular tissue) which is a rare condition that means it can be difficult, if not impossible, to produce enough milk for your baby. I think that if there hadn’t been so many complicating factors in Dylan’s breastfeeding journey, such as him being premature, this may have been caught earlier.

While it’s awful to know that I probably won’t be able to exclusively breastfeed my next baby, at least I know in advance this time and can make decisions regarding top ups and pumping – knowing that no matter how much I pump I likely won’t be able to maintain a full supply. The worst thing for me last time was the hours I spent attached to a pump for just drops of milk. Having a toddler to look after this time round means I just won’t have as much time to spend trying to boost my supply but I’m glad I’ve got time to come to terms with it before baby arrives. This way I’ll be able to hopefully enjoy the first few weeks and months without so much stress about my supply. I’m looking forward to the start of a new breastfeeding journey with Dylan’s little brother or sister!

Thank you so much, Helena. What a great post, be sure to check out the rest of Helena’s writing.

The Baby Who Had a Fit Over Her Father’s Stubble! by Dr Gautam Kulkarni

Dealing with a fussy Dresser

Success is sitting up straight:pose can improve self-confidence in children

SUCCESS IS SITTING UP STRAIGHT:POSE CAN IMPROVE SELF-CONFIDENCE IN CHILDREN Adopting a dominant pose

Content in the Time of Covid by Cat Loud 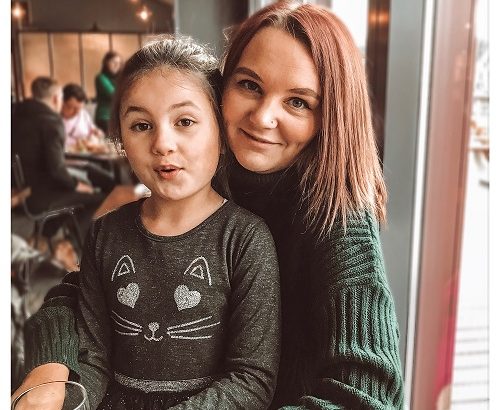